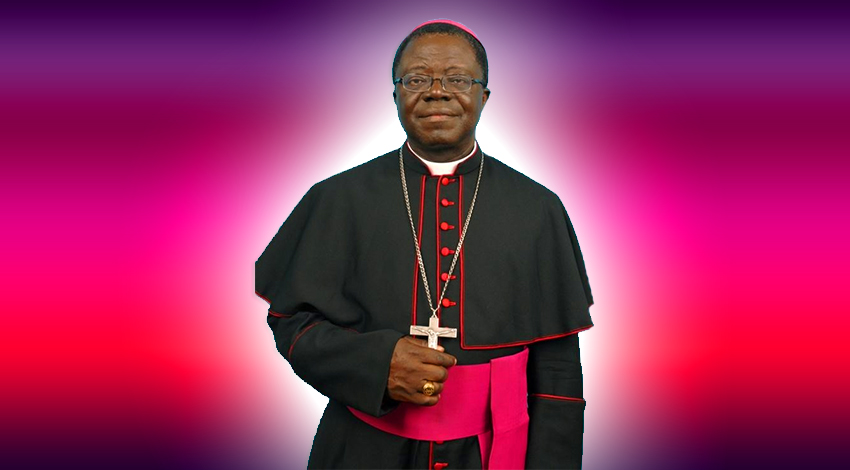 PREFACE TO THE PASTORAL GUIDELINES FROM THE GHANA CATHOLIC BISHOPS’ CONFERENCE IN THE WAKE OF THE 2014 SECOND NATIONAL PASTORAL CONGRESS HELD IN SUNYANI: 5-12 AUGUST 2014

As we stepped into the New Year 2015, Ghanaians flocked in their numbers into their various places of worship to thank the Lord for all the good things they had received in the past year and to ask for blessings upon the new one.

The Catholic Church in Ghana, as she counts her blessings of the past year, cannot overlook the grace of holding a very successful Second National Pastoral Congress in Sunyani in the month of August on the theme: The New Evangelisation for the Transmission of the Christian Faith in Ghana in the Light of Africae Munus.

Participants at that Congress will certainly recall the emphasis placed on the need to follow up with the implementation, in all the Archdioceses and Dioceses of Ghana, of the outcome, to be based on the Pastoral Guidelines that would be issued by the Ghana Catholic Bishops’ Conference.

To this end, the National Planning Committee of the Congress submitted to the Bishops at their Annual Plenary Assembly held in Accra in November 2014 the Acts of the Second National Pastoral Congress, a full record of the proceedings at the Congress for their attention and action.

I now have the pleasure to present to you the following Pastoral Guidelines from your Bishops to be assiduously followed during a period of three years, that is to say 2015-2017 after which, in fulfilment of the desires expressed at the Congress for a more frequent pastoral exercise of the kind which took place at Sunyani, another gathering of the Church in Ghana should profitably consider how best to proceed.

Furthermore, the Bishops have tasked the aforesaid Planning Committee to serve as the National Implementation Committee of these Pastoral Guidelines in order to co-ordinate at the national level, through the Office of the Department of Pastoral Ministry and Evangelization, the efforts of the various ecclesiastical circumscriptions geared at implementing the same Pastoral Guidelines. We urge all and sundry to make themselves available, if and when approached by the National Implementation Committee, to collaborate towards achieving the national goal of bringing the benefits of the Second National Pastoral Congress to the doorsteps of the Christian Lay Faithful.

May the Lord, who has entrusted to us the noble mission of proclaiming the Good News, accompany our every effort to bring the unchanging message of the Gospel to the men and women of today in a language and manner that they can understand https://espanolcialis.net/comprar-levitra-generico/.

Given at the National Catholic Secretariat on this 12th day of January, 2015.

MOST REV. JOSEPH OSEI-BONSU,
BISHOP OF KONONGO-MAMPONG AND
PRESIDENT OF THE GHANA CATHOLIC BISHOPS’ CONFERENCE.