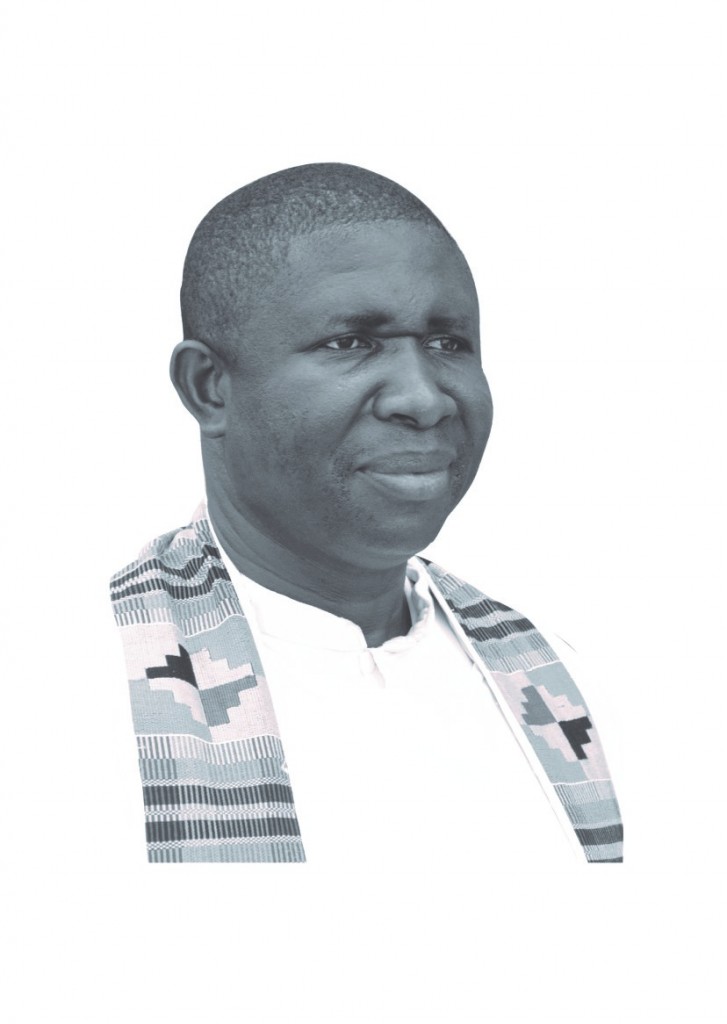 The  AU parish as is fondly referred to, the St. Kizito Catholic Church at Nima in the Accra Archdiocese is widely known for its manifold array of colourful participative Eucharistic celebrations and a multiplicity of strong indigenous cultural displays which are reflective and representative of almost all the tribal or regional lines in Ghana and beyond its boundaries.

Such great was the gift of a wonderful farewell mass held in honour of Very Rev. Fr. Nicholas Afriyie, who had spent nine years in Accra and in St. Kizito as a visiting priest while serving as the Assistant Secretary General and later, the Secretary General of the Ghana Catholic Bishop’s Conference, a position he is soon to hand over and return to his home diocese, Goaso.

Very Rev. Fr. Afriyie presided over the Eucharistic celebration in the company of six other priests including his biological younger brother, Rev. Fr. Martin Adjei and the acting administrator of St. Kizito Parish, Rev. Fr. Michael Owusu-Ofori, and some seminarians.

Also present at the Mass were some family relations and friends.

Preceding the day’s homily, Fr. Afriyie recounted how he first came to the parish at the invitation of the then parish priest, Rev. Fr. Edmond Ekow Neizer who was once his class mate and had since fallen in love with the parish to the point that he had had to turn down many invitations to assist at other parishes.

He mentioned that he had seen the days of some other priests in his years of stay with the parish and they include; Very Rev. Fr. Joseph Arthur, Rev. Fr. William Abeiku Apprey, all once assistant parish priests.

In his homily for the day, he said that, Jesus symbolizes ‘Mercy’ and always had pity on the needy, the poor and lonely, and that He expects us to do same. He added that we must not give up on God even if things do not work out in our favour but always trust in Him at all times and not allow situations to determine our relationship with him.

After the post communion prayer, Societies, devotional groups, movements and ministries in the parish including individuals showed their love by making various presentations of gift items to him.

In his address after the presentations, he stated that, the greatest gift he had ever received was an exact painting portrait of him which was presented by the parish pastoral council on behalf of all the parishioners.  In return for the love shown him, he also presented to the church, a beautiful Chasuble and a stole.

The Sunday was a big day of celebration for the entire Parish, the Feast Day of St Kizito, which fell on the Friday, 3rd June 2016 – the night of which a dinner party was thrown in honour of Very Rev. Fr.  Afriyie.

Seated as a paramount chief for the durbar, Very Rev. Fr. Afriyie was flanged by colleague priests with Parish Pastoral Council members including some special guests also seated behind him.Various tribal societal groups came in turns led by their adorned chief and his entourage, to pay him homage then followed by a beautiful indigenous traditional dance performance.

St. Francis of Assisi society representing the ‘Ga-Dangbe’ from Accra and Eastern regions in the Krobo area, also performed the ‘Oglojo’ dance.

St. Martin De-pores representing the ‘Builsas’ from the Upper East region of Ghana, both Builsa North and South districts, performed the ‘Nagela’ dance.

St. Christopher society representing the ‘Frafras’ mainly from the Upper East region of Ghana, performed the ‘Porgnem and Soloma’ dance.

St. Theresa society representing the ‘Nawdm’ from the North of Togo, performed the ‘Timbinde’ dance.

As the performances took place, Rev. Afriyie could not but had to occasionally jump in to join the dancers as they danced.

‘What a day!’. This is how one would say in short with great joy and smiles.