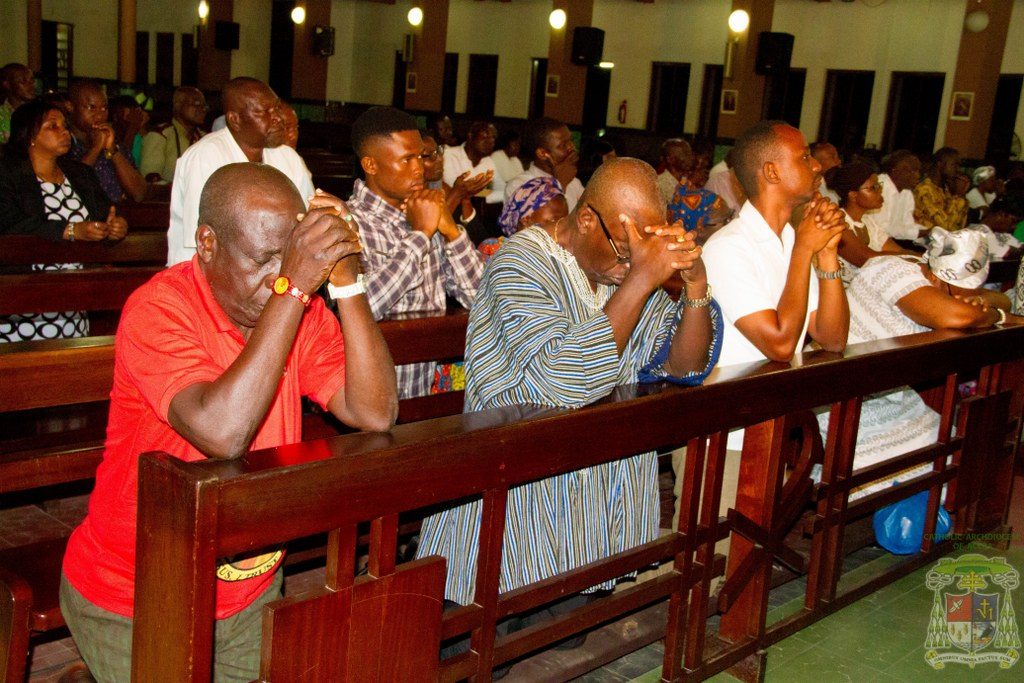 The raising of one’s mind and heart to God in thanksgiving and in praise of his glory. It can also include the requesting of good things from God. It is an act by which one enters into awareness of a loving communion with God. “Prayer is the response of faith to the free promise of salvation and also a response of love to the thirst of the only Son of God” (CCC, no. 2561). —From the United States Catholic Catechism for Adults Descriptions of prayer are abundant throughout Christian history. “True prayer,” wrote St. Augustine, “is nothing but love.” Prayer should arise from the heart. “Prayer,” said St. John Vianney, “is the inner bath of love into which the soul plunges itself.””Everyone of us needs half an hour of prayer each day,” remarked St. Francis de Sales, “except when we are busy—then we need an hour.” Definitions of prayer are important, but insufficient. There is a huge difference between knowing about prayer and praying. On this issue, the Rule of St. Benedict is clear, “If a man wants to pray, let him go and pray.”

Popular devotions are expressions of love and fidelity that arise from the intersection of one’s own faith, culture and the Gospel of Jesus Christ. As Blessed John Paul II said in 2001:

“The correct relationship between these two expressions of faith must be based on certain firm principles, the first of which recognizes that the Liturgy is the center of the Church’s life and cannot be substituted by, or placed on a par with, any other form of religious expression. Moreover, it is important to reaffirm that popular religiosity, even if not always evident, naturally culminates in the celebration of the Liturgy towards which it should ideally be oriented. This should be made clear through suitable catechesis” (Address to the Congregation for Divine Worship and the Discipline of the Sacraments, September 21, 2001).

Join with the Church as she expresses her praise and devotion to God through many popular devotional practices.