Praying for the dead

Catholic Archdiocese of Accra > Catholic teachings > Praying for the dead 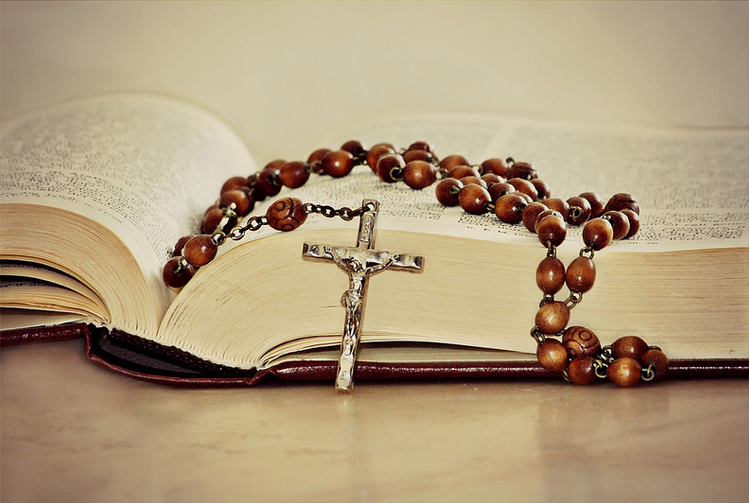 PRAYING FOR THE DEAD – WHERE IT IS IN THE BIBLE

Mere reason suggests there must be a purgatory. So many people seem to be good, but not so greatly good that they should be for Heaven at once. Again, not nearly all are so evil as to deserve Hell. So there should be a means of purification and paying the debt of temporal punishment for those not for Hell, nor for Heaven at once.

For many Catholics in English-speaking lands, belief in the ability of the living to help the dead through prayer and sacrifices often falls prey to cultural suspicion about the Church’s belief in Purgatory because most English-speaking Catholics live in countries whose culture is primarily Protestant. As a rule, Protestant Christians believe neither in Purgatory nor in the living person’s ability to be of assistance to the deceased. This is because at the time of the Protestant Reformation, among numerous other texts, Martin Luther removed from the Bible that section which teaches that there is great value in praying for the dead.

The text reads, “He then took up a collection among all his soldiers, amounting to two thousand silver drachmas, which he sent to Jerusalem to provide for an expiatory sacrifice. In doing this he acted in a very excellent and noble way, inasmuch as he had the Resurrection in mind; for if he were not expecting the fallen to rise again, it would have been superfluous and foolish to pray for the dead. But if he did this with a view to the splendid reward that awaits those who had gone to rest in godliness, it was a holy and pious thought. Thus he made atonement for the dead that they might be absolved from their sin” (2 Mac 12:43-6). This text from Maccabbees, which Protestant bibles do not contain, conveys the scriptural basis for the Church’s belief that some of those who have died who will be saved have not yet achieved heaven (i.e. they are in Purgatory), and that the living can provide help for those souls by performing prayers and sacrifices.

Catholic faith holds that we can indeed continue to care, help and express generosity toward people even after they have died through prayer. Because the Book of Maccabbees ranks among those texts that Luther been [sic] edited out of the scriptural canon, Protestantism is bereft of this consoling ingredient of our Christian patrimony. In Christian lands that are primarily Protestant, the Protestant sense of the futility of praying for the dead has easily entered into the popular consciousness, regrettably causing even some Catholics to question the practice. It behooves pastors not only to clarify this belief for their flocks, but to encourage the growth of the Catholic observance of praying for the dead and in particular, of offering Masses of the dead.

It must be acknowledged that the Church has a very limited understanding of the specifics related to Purgatory, yet Church teaching on the existence of Purgatory is made clear in the Catechism of the Catholic Church , articles 1030-32, which begins with “All who die in God’s grace and friendship, but still imperfectly purified, are indeed assured of their eternal salvation; but after death they undergo purification, so as to achieve the holiness necessary to enter the joy of heaven (1030). The Church gives the name Purgatory to this final purification of the elect, which is entirely different from the punishment of the damned (1031) .

Ancient Christians believed in the practice of praying for the dead. Many locations in the ancient catacombs reveal passages marked into the walls reminding the living to pray for the dead. St Monica begged her son, St Augustine, to pray for her after her own death. In 1439, the Second Council of Florence acknowledged that some souls must still expiate for past sins after their death and they do so in Purgatory. The 16th-century Council of Trent, legislated “that purgatory exists, and that the souls detained therein are helped by the suffrages of the faithful, but especially by the acceptable sacrifice of the altar”.

Catholic faith is unambiguous in its belief that those who die without mortal sin but with many of life’s imperfections still unhealed will experience a time of perfect healing from sin and brokenness and a time for whatever expiation from sin the merciful God requires of a soul before that soul may enter Heaven. Further, the Church has been clarifying for centuries that prayers, sacrifices and most particularly, the Holy Sacrifice of the Mass, are of assistance to those souls who are in Purgatory.

Several extracts from the Mass reveal the Church as she understands her ability to be of help to the dead. In the First Eucharistic Prayer at Mass we pray: “Remember also, Lord, your servants N. and N., who have gone before us with the sign of faith and rest in the sleep of peace. Grant them, O Lord, we pray, and all who sleep in Christ, a place of refreshment, light, and peace. (Through Christ our Lord. Amen)” The Second Eucharistic Prayer reads: “Remember also our brothers and sisters who have fallen asleep in the hope of the Resurrection and all who have died in your mercy: welcome them into the light of your face”. When Eucharistic Prayer 3 is used in Masses for the Dead, the following is prayed: “To our departed brothers and sisters and to all who were pleasing to you at their passing from this life, give kind admittance to your kingdom. There we hope to enjoy forever the fullness of your glory through Christ our Lord through whom you bestow on the world all that is good”. Each of these liturgical prayers officially acknowledges that some of the dead who will be saved are not yet in Heaven and that the Church’s prayers are helpful to them.

The understanding then, that prayers, sacrifices and particularly the offering of the Mass helps the souls in Purgatory, prompts one to ask why in the world a Catholic would choose to memorialize a deceased person by making a gift of flowers or a charitable contribution to an agency instead of arranging to have the Holy Sacrifice of the Mass offered for that person’s soul. Certainly flowers provide solace for the survivors, and the Church urges all toward acts of charity, so these are good and holy gestures that should not be eliminated. But they should not run competition with the pious practice of having Masses offered for the dead as well. The greatest favor anyone can make to a deceased person is to have the Mass offered for them; nothing surpasses this in efficacy.

The Catholic Church always Commemorate the feast of All the Faithful Departed (All Souls day) on November 2, it is especially important to recall the Church’s teaching that there is indeed a Purgatory in which the souls of the saved but imperfect are awaiting the fulfillment of their purification and healing, and that these souls can be greatly helped by the prayers, sacrifices and Masses offered by the living. This is an aspect of the Catholic patrimony that must not be forgotten or de-emphasized. Justice demands that our brothers and sisters in the faith who have died find in us faithful friends who acknowledge that It is indeed a good and pious thing to pray for the dead.
May the souls of the faithful departed through the mercy of God always rest in peace. Amen