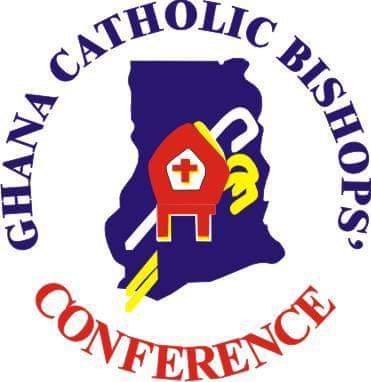 We, the members of the Ghana Catholic Bishops’ Conference, have received news of the transfer of two former Guantanamo Bay prisoners, namely, Mahmoud Omar Mohammed Bin Atef (36 years) and Khalid Shayk Mohammed (34 years) to Ghana with great distress and sadness and wish to call on our Government to act responsibly and in the interest of the nation by sending these men back to wherever they came from.

Having learnt that of these two former prisoners, Mahmoud Bin Atef fought for the late Osama Bin Laden at one time, while Khalid Shayk Mohammed is known to have trained with the terrorist group, Al Qaeda, we wish to pose these questions, among others, for our Government’s response: What is their mission here in Ghana? Does their presence not constitute or pose a clear danger to us? If indeed these two persons are harmless and  if they have been “cleared” of any terrorist act by the US Government, as our Government and the US Government and some others want us to believe, why were they not sent back to Yemen or Saudi Arabia or Afghanistan where they come from or taken to the USA which found them harmless? Did our representatives in Parliament discuss the merits and demerits of their resettlement here in Ghana? We need urgent answers to these and other questions because we think that their presence clearly poses a threat to Ghana.

Our Government should not take the citizens of this country for a ride by acting in ways that can have serious consequences on the nation’s safety and security. Ghana has been open to receiving refugees in the past but these two men are not in this category. We think that they are not refugees but time-bombs and so Government should do all it can to send them back as soon as practicable.

Upsurge of Terrorist Activities in the World

Over the past years, we have witnessed the upsurge of many terrorist groups wreaking havoc on innocent people in many places of the world. Today, the problems caused by such groups as those in the Islamic State of Syria and Iraq, Boko Haram in Nigeria and Cameroun, Al- Shabab in Somalia and Kenya, Houthi rebels in Yemen, to mention but a few, are evident for all to see. The recent terrorist attacks in France, Mali and other countries cannot escape our attention.

We have reports of the movement of Boko Haram fighters across parts of West Africa, looking for places to pitch camp. This and other reports should make Ghana reflect soberly on how to tighten our nation’s borders and security to ensure that we do not fall victim to the attacks of these terrorist groups in the near future. The acceptance of two former prisoners of Guantanamo Bay Camp is surely not a good move in the effort to secure the security of the nation.

In the lead up to elections this year, the security of our nation is going to be put to a severe test once again. We must understand that Ghana is not immune to the attacks of potential external terrorist forces. Yet, internal issues can make our country susceptible to such attacks. The Honourable Minister of Interior, Mr. Mark Woyongo, has mentioned that Brong Ahafo, for example, is a hotspot due to the challenges the people are facing in the aftermath of the closure of some financial institutions there. We still have security challenges in places like Bimbilla, Yendi, Alavanyo-Nkonya, and other places because of land and chieftaincy disputes. We have witnessed and continue to witness inter-party and intra-party violence and chaos.

This year is an election year and we expect our Government to focus a lot of attention on helping to secure peace and security in the country by dealing with the above-mentioned and related challenges and not to risk the security of our land by hosting two former terrorists. This is why we think sincerely and honestly that to have two ex-prisoners of very dangerous backgrounds walking freely on our land is a wrong move and wish to call on Government to repatriate them as soon as practicable.

We call on Parliament, Religious Leaders, chiefs, opinion leaders and civil society organisations interested in the security of Ghana to speak against this unilateral decision of the Government to accept these ex-prisoners to Ghana and to advise the Government to do all it can to send these men back to wherever they came from. We expect our Government to heed our humble call, if it is indeed a listening Government.