How many times may I receive Communion in a single day?

Catholic Archdiocese of Accra > Catholic teachings > How many times may I receive Communion in a single day? 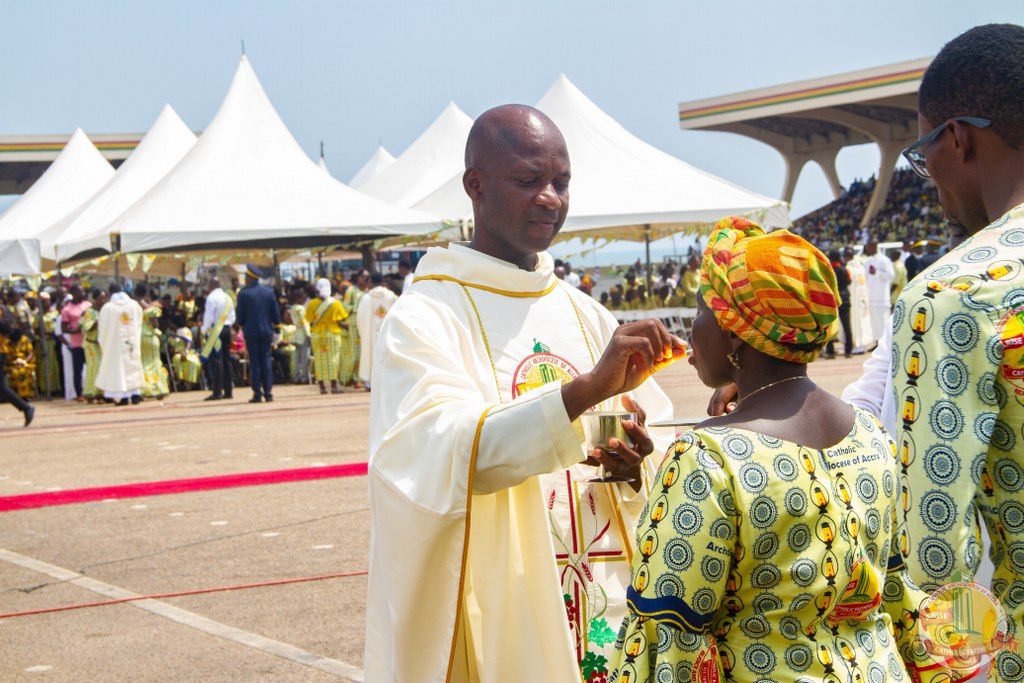 Q. How many times may I receive Communion in a single day? (Dave, Koforidua,

A. Reply (Ask The Catholic Priest)

The Church’s Code of Canon Law states, “A person who has received the Most Holy Eucharist may receive it again on the same day only during the celebration of the Eucharist in which the person participates” (Canon 917). A comment on the text observes this restriction has two purposes: to encourage us to see Eucharistic communion as an essential part of the Mass, and to discourage individuals from seeking to receive Communion as many times as possible in a day — either from misguided devotion or from a feeling that receiving Communion multiple times is, somehow, “better” than receiving only once.

The present code, which was promulgated in 1983, is a great deal more liberal in the matter of receiving the Eucharist than the former code, issued in 1917. The earlier document forbade the faithful to receive the Eucharist more than once a day, except in danger of death. We should note that the new code also anticipates the care of those in extreme need, and urges individuals who may be facing their final moments of life to receive the Eucharist, if possible, even if they have already attended Mass that day and received the Lord’s Body and Blood. So you may receive Holy Communion more than once in a day if you fully participated in the Masses and with a good intention attached.